The collections are based on the combinations of colours of lampwork beads, the spearhead of the company. The lampwork beads are the youngest among the Venetian beads, having been produced since the 1600s. Depending on various production techniques, they can be grouped into four main types: society pearl, millefiori, submerged and floral. However the number of types that can be obtained with contemporary techniques remains virtually infinite. The society pearl is a monochrome pearl, its shape can vary from a sphere to an oval, and in as many designs as ones imagination may suggest. The mosaic pearl also called ‘millefiori‘ is obtained by covering the layer of soft glass located around the iron ball (soul) with many sections of murrine, compressing it by the use of simple tools and refining it according to the desired piece. Submerged: Pieces of coloured glass are placed over a small monochrome glass core which is later covered with another layer of transparent glass. Instead of the glass pieces, gold and silver leaves can be used. Floral: A flat strip of Aventurine is placed on the initial sphere and then joined with other filaments of the same material placed at the ends (called peaks). The operation is completed by adding coloured dots representing flowers. 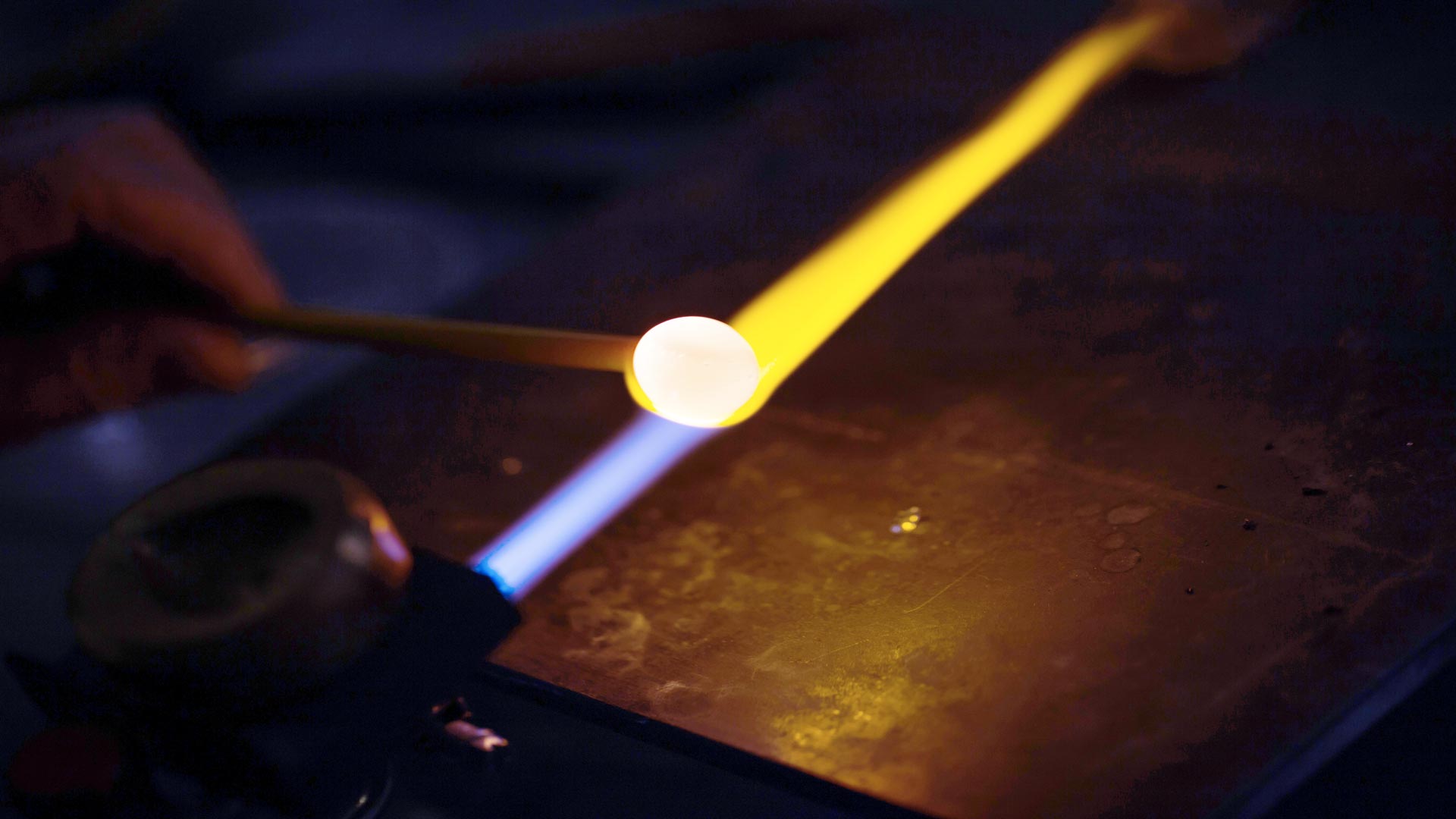 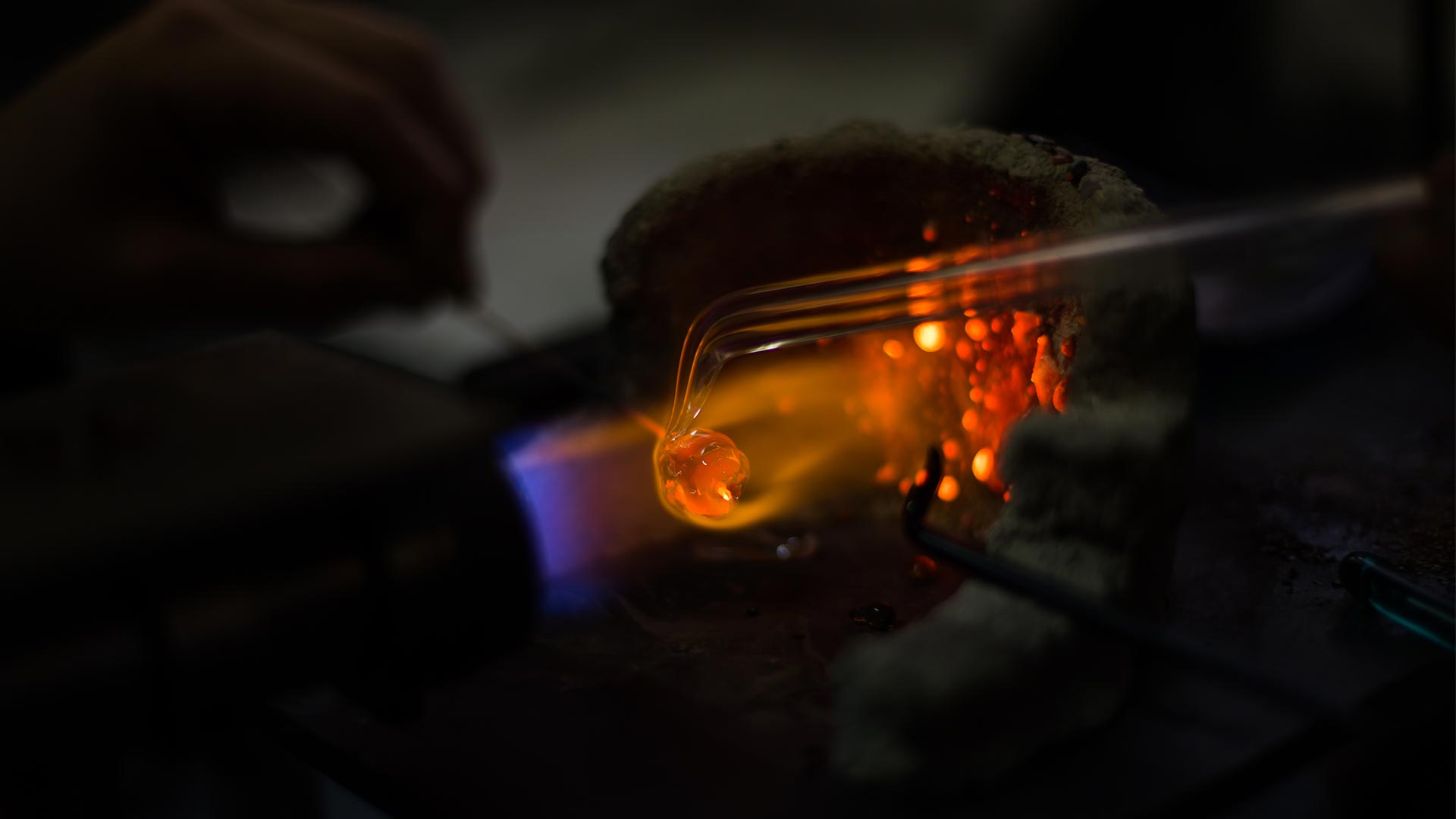 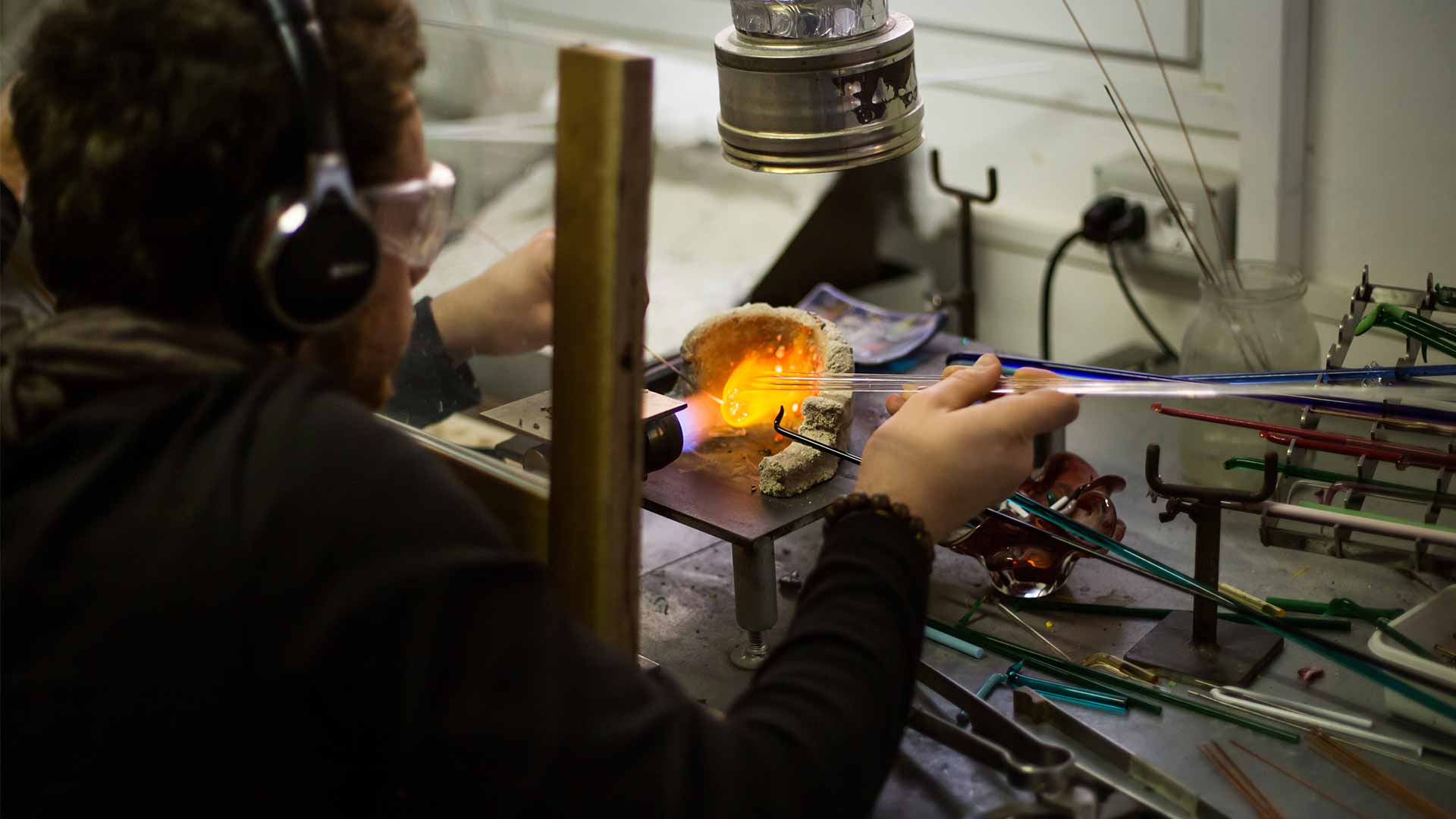